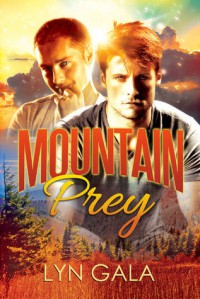 I wanted to like this a lot more but while there were some really good parts, I mostly had a really hard time getting into this one. I'm laying all the fault on me, because everyone else seemed to love this. >.<

I liked Stunt's voice, I liked both him and Alex together, and I occasionally found their banter funny. The shotgun wedding (and the hot, kinky sex that follows) was actually my favorite part of the whole book. Maybe because it was the only thing interesting that seemed to happen.

There just seemed to be so much TALKING. Talking between Alex and Stunt for the first half the book (did we really have to listen to Stunt tell those animal tales) until they finally go to Elijah's place at around 50% (and what a long 50% it was) and then there's just more pages of talking while Alex tries to convince Elijah to help. Then the whole weird subtext to the conversation the entire time with Elijah deciding whether or not to kill Stunt since he's a kidnapped federal employee. Sidenote: I wished we got to see other mountain folk people, because really, the only members of the town we see are Elijah and than the sheriff at the end. Idk, I feel like there was a missed opportunity to have a bigger and colorful cast of characters in this supposedly oddball and tight-knit community.

The "plan" they finally decide on (after some more discussion) wasn't anything exciting. (and what happened to the guy that engaged Alex? was he one of the captured too? was expecting some final confrontation as he got hauled away).
Clearly, this book just wasn't for me :S It sounded like a great concept but I was expecting something different, a lot more. Mostly I was just bored, and towards the end I was skipping to other books. Still a fan of Lyn Gala and judging by the rave reviews, you'll like this one more than I did!
Tweet
2488 BOOKS