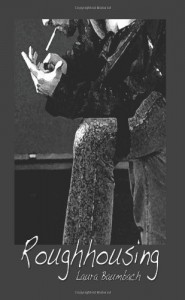 As sex-filled as the first one, but once you get past the first part, things do become a little interesting when Jamie's various insecurities take center stage. Sometimes I wanted to smack him for jumping to conclusions, but you do start to sympathize with him as you see the reason behind his insecurities and attempts to push Bram away first.
Bram felt too overbearingly alpha in the first book, but you see more aspects of his character and he becomes my fave MC. You really appreciate his patience and perseverence despite Jamie's repeated attempts at running away and lack of trust. If alphas are your thing, you'll definitely enjoy the series for Bram.
The only problem with these books is that there is an abundance of sex scenes- in the first book, it just grew tiring and I had to DNF it. Also, the insta-love had me rolling my eyes.
At least in this one, there was some drama and tension in the middle that actually put a brief stop to the sexy-times.
Tweet
2488 BOOKS